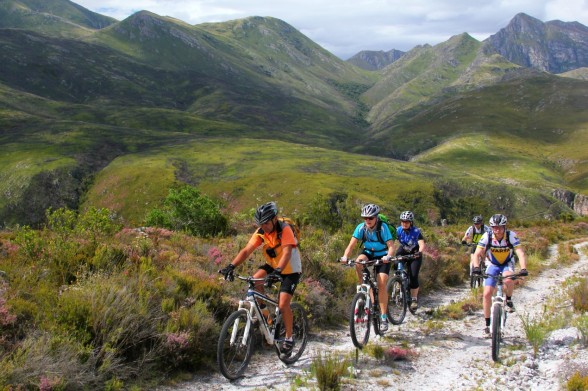 Africa is not only known for its rich wildlife safaris and a large diversity of ethnicities, cultures, and languages. It is also known for the adventure it offers which include mountain biking. Here are the best mountain biking destinations in Africa.

Garden Route is home to grassy and geologically diverse vegetation surrounded by various lagoons, mountains, hills, and lakes scattered along the coast. It is a 300-kilometer stretch of the south-western coast of South Africa which extends from Mossel Bay in the Western Cape to the Storms River in the Eastern Cape. Garden Route is among the mountain biking destinations in Africa. The trails are sandwiched between the mountains and the Indian Ocean, offering the riders a rare opportunity to explore the real African wildernesses.

Rising approximately 4,900 meters from its base and 5,895 meters above sea level, Mount Kilimanjaro is the highest mountain in Africa. It is located in Northern Tanzania near the Tanzanian-Kenyan border. The mountain is part of the famous Kilimanjaro National Park and is a perfect destination for mountain bikers and hikers. The trail around Africa’s tallest mountain and the highest volcano is 230 miles long and involves 16000ft of climbing. The Kilimanjaro to Ngorongoro Crater biking challenge gives an opportunity to ride hundreds of kilometers across a real African savannah against the background of Africa’s tallest free-standing mountain. The trail passes through native villages where mountain bikers can get an opportunity to interact with the Maasai people.

Mpumalanga is Johannesburg’s legendary biking region. It offers some of the finest mountain biking trails in Africa. Mountain bikers get an opportunity to test their strength and perseverance by ascending the steep Barberton on the Queen Rose trail, which increases in difficulty as you go up. The Misty Valley Mountain of Mpumalanga is perfect for those who are looking for a mixture of a grueling and luxurious biking expedition. The valley offers exotic ravines, steep crossings, bridges and single tracks for daring bikers.

To add to the list of the mountain biking destinations in Africa is the Makgadikgadi Pan which situated in the middle of the dry savanna of north-eastern Botswana. The pan is a remnant of the formerly vast Lake Makgadikgadi, which dried up hundreds of years ago. During Botswana’s dry season, these muddy, flamingo-filled pans become a hard, crusty desert perfect for a rugged bike trip. The shorelines, which are elevated to 3100ft, offer the best trails for mountain bikers. It also consists of igneous rock islands, which contain several baobab trees and are protected as national monuments. 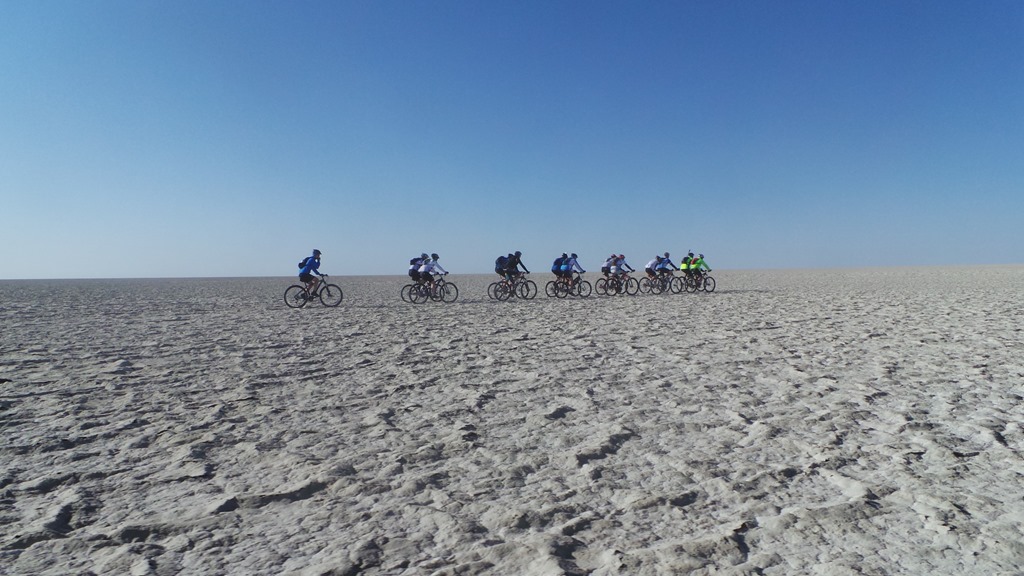 Nalut is one of the most astonishing metropolitan cities of Libya and is located at the distance of 300 km in the northeast region of Libya. It is one of the most interesting Berber settlements of Nafusa Mountain.  It is surrounded by the ruins of old villages and settlements, most of which have never been excavated before. Some famous spots in Nalut include several caves and castles, like those of Nalut Old Castle, Tseenan and Teltayeen; several natural springs, like those of Tala and Touneen; and, a number of ancient ruins and villages surrounding Nalut city.

Nalut is also one of the mountain biking destinations in Africa. Mountain biking in Nalut is world famous and it is often regarded as the mountain bike heaven. This place is factually covered with long idyllic tracks that are helpful for mountain hikers and bikers. The region is blessed with extensive trails, snaking around humongous sand hills that spread all the way to the horizon.

High Atlas, also called the Grand Atlas Mountains is a mountain range in central Morocco in Northern Africa. The High Atlas rises in the west at the Atlantic Ocean and stretches in an eastern direction to the Moroccan-Algerian border. It is a perfect spot for mountain bikers, especially adrenaline junkies. It is definitely one the best mountain biking destinations in Africa. The ride through high passes and Berber villages is limited to advanced mountain bikers because of its challenging climbs and technical switchbacks.

Tweets by TheBikeExpo
This message is only visible to admins.
Problem displaying Facebook posts. Backup cache in use.
Click to show error
Error: Error validating access token: The session has been invalidated because the user changed their password or Facebook has changed the session for security reasons. Type: OAuthException